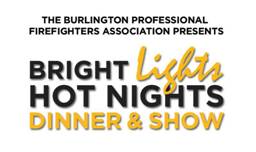 With this painting I wanted to capture the mood of a typical peaceful early summer morning on Windy Lake, which is just outside of Sudbury Ontario. My vantage point for this scene was looking across Tower Bay towards the fire watch tower in the distance. Cascaden Tower is one of many Ontario fire lookout towers still standing today.

Jack Nyler manned this tower until he was 75 years old. Traveling by boat he would access a small rustic shoreside cabin at the base of the hill where he would spend the week. Not only did he have to scale the ladder up the side of the tower, he first had to begin each day with the long steep climb up a crude trail to get to the base of the structure. When Jack retired in the late 1960?s, younger blood took over a few years, then the tower closed in 1972. Fire watchmen like Mr. Nyler played an important role in helping to protect and preserve our precious Ontario forests.